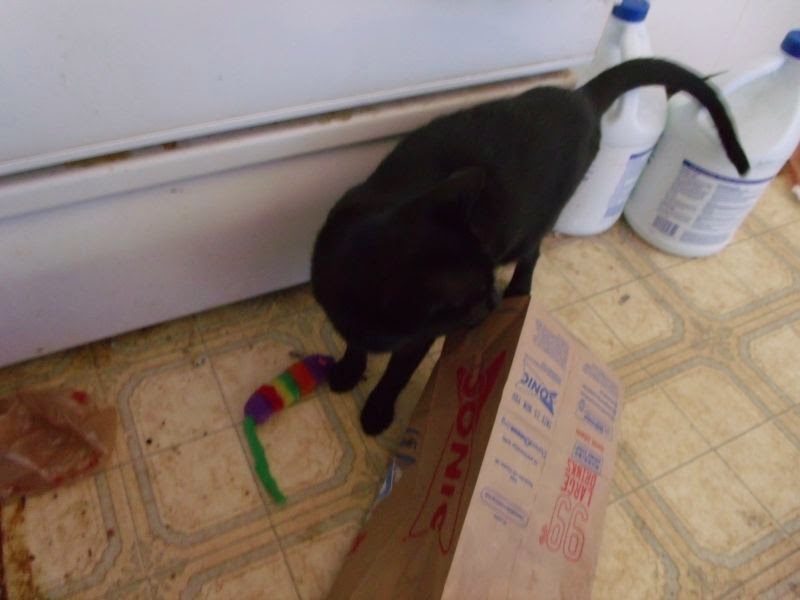 Karen Jo:  This is the last picture I took of Cissy and I'm glad she was out of her cave.  I was going to write a really upbeat post about Cissy.  She was moving around the house more and Monday morning I woke up to find her sleeping on my feet.  I had noticed that her abdominal muscles were working in an unusual manner on Sunday, but I thought she was working a hairball through or something.  Monday afternoon it became apparent that she was having difficulty breathing, so I called the vet and had her taken in on an emergency basis.  Her chest cavity was full of fluid.  She had only 1/4 breathing capacity.  The vet said she had the equipment and training to drain Cissy's chest, but she had only done it once before and fatal stuff could go wrong.  I told her to go ahead since Cissy was so bad already.  The vet came out again a few minutes later to tell me that Cissy had gone into cardiac arrest and I told her to just let Cissy go.  The vet had just set Cissy up for another x-ray so she could be sure of the best place to put the needle when Cissy decided that it was Rainbow Bridge time.  Brody was probably calling her. 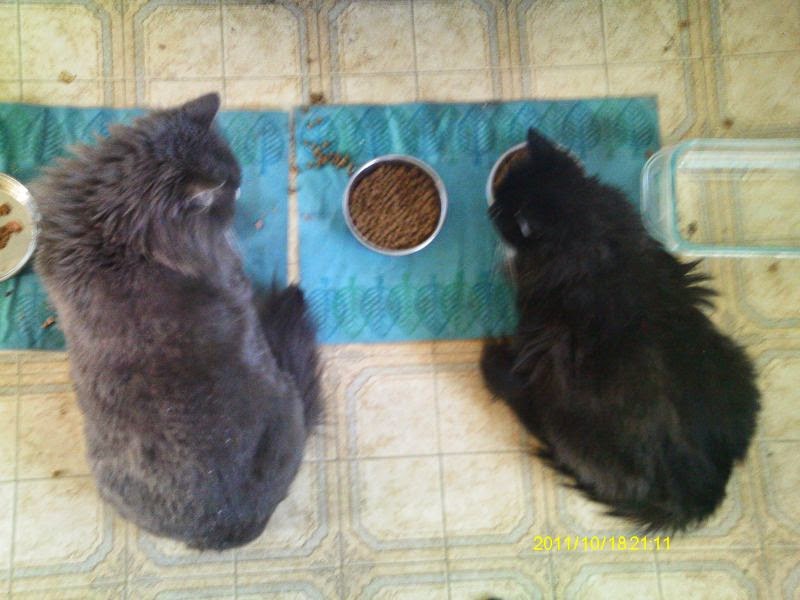 I missed Herman's remembrance day, which was Veteran's Day, so I thought I would just add it on here.  I was sad and lonely after my Mother's death and I found a notice of a cat who was sad and lonely and desperately needed a forever home.  He was FIV+ and FeLV+ so no one would adopt him.  I went to see him and it was love at first sight for both of us.  Herman got lonely for feline company and I heard about Emma and brought her home.  I have written many times about how they didn't get along, but most of the time they sort of got along.  There always seemed to be a truce at the buffet.  They greeted Cissy at the Bridge. 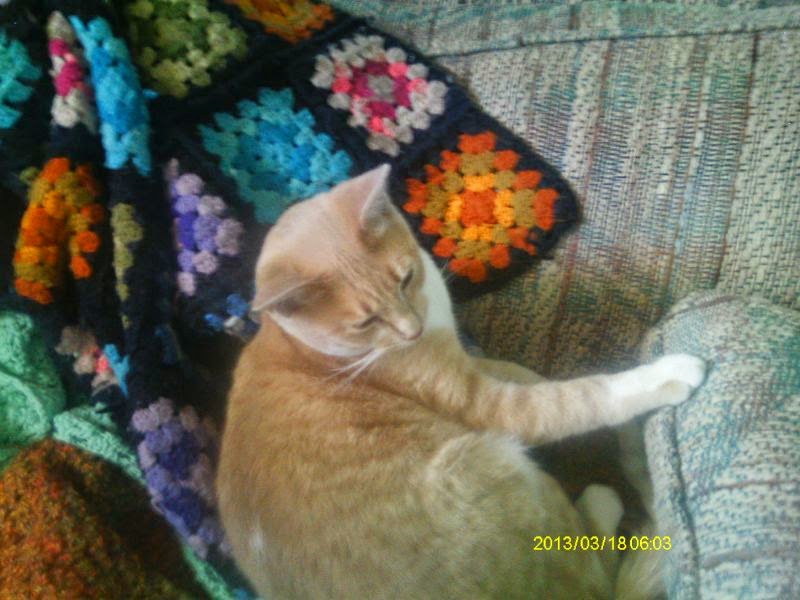 Austin was also there to greet her and ask how his buddy Rocio was getting along. 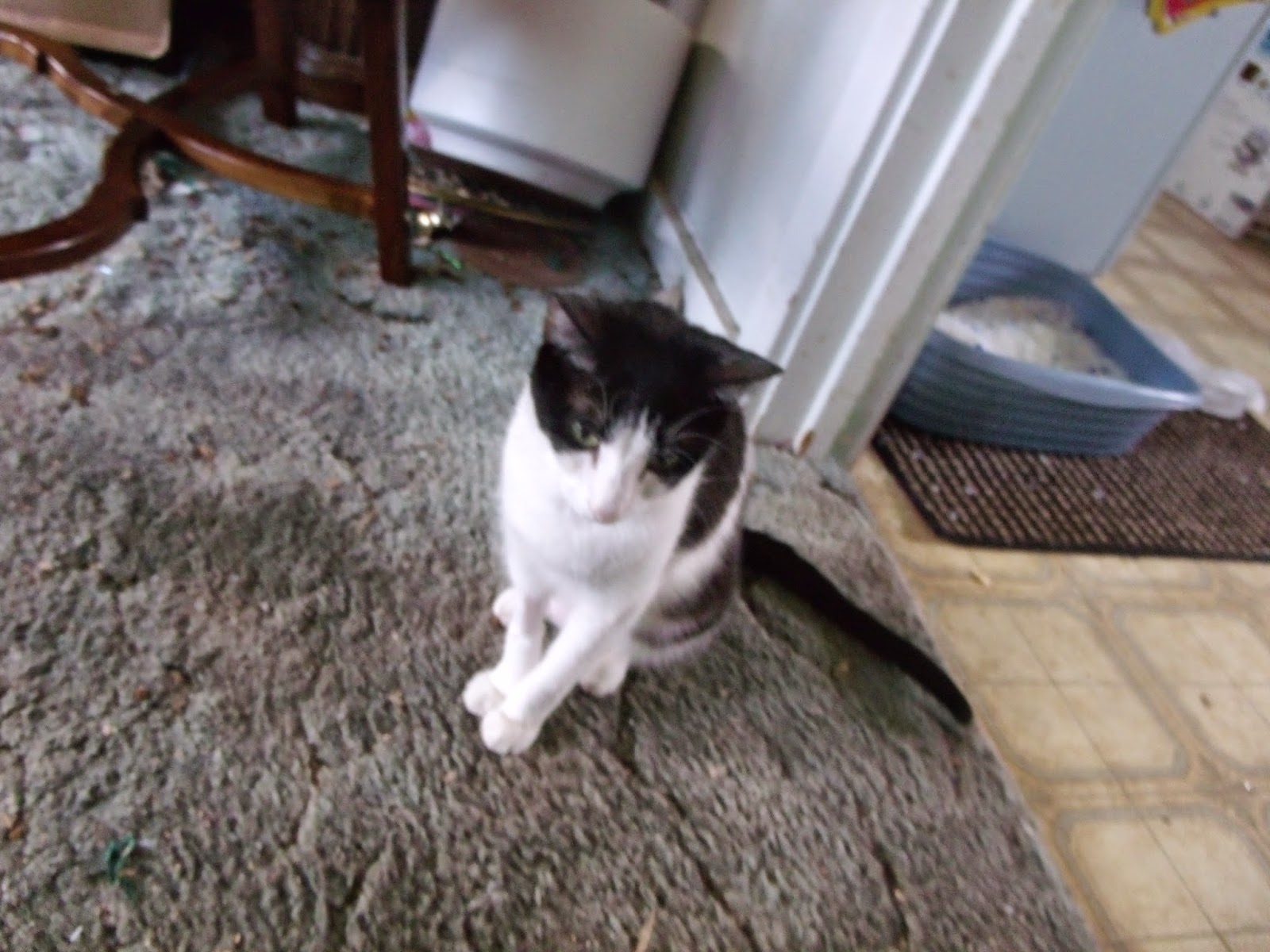 Of course Brody ran to greet her.  I am sure they were both thrilled to be reunited.

On another note, Tabitha went to the vet for her first rabies shot and checkup.  She is 100% healthy and needs another FeLV test when she turns one, as she may be fighting it off now, as the vet noticed some activity in her lymph system. Go, Tabitha!
Posted by Karen Jo at 10:23 AM 63 comments: